The second Palos Verdes Open was once again held at the Palos Verdes Intermediate School. The Spielmans, Liehrs, two Stanford track stars, the Winters and a deCiutis competed for the glory. Two Mitchells and the Agoura Spielman-Oechslis were unable to attend due to various medical excuses such as the stomach flu and a bad ankle. This event included three notable new features:

Participants included John Spielman, Danny Spielman, Scott, Elisa Liehr, Zack, Kara Bennett (from the Stanford Track and Field Team), Tom Liehr, Jason, Whitney Liehr (also from the Stanford Track and Field Team), Spencer, Paul Winter, Julie Winter and Deena Sheridan. This was Deena’s first event and she was clearly the most beautiful woman ever to play the sport. For the relay, the group divided into three player teams, one ball for each team. The teams positioned their players on the course to optimize the strengths of each member. Ball identification was a big issue because the ball was often “passed” between players that could not see each other. Other than some skinned knees and dirt, no mammals were wounded during this event although several balls were lost. After the game everyone enjoyed the usual Lime Fruit Floes and a salmon dinner cooked by Deena. Isn’t she just amazing?

A perfect “Popcorn” start for the Palos Verdes Open:

Complete aerial coverage of the first round. Look for Danny Spielman, World Champion, in the red shirt and Scott, U18 champion, crossing the basketball courts as he wins this round. 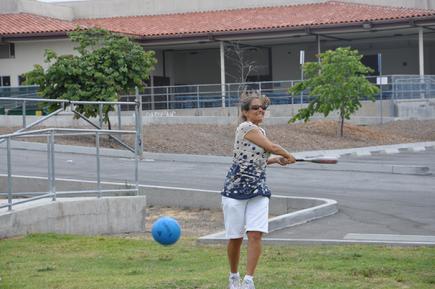 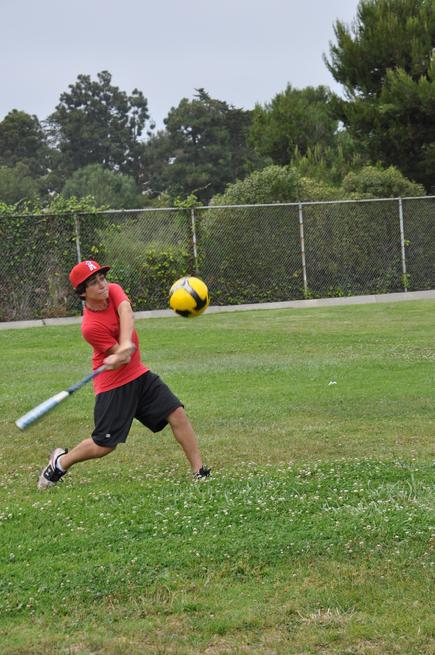 Zack quickly moved his ball across the PVIS green. 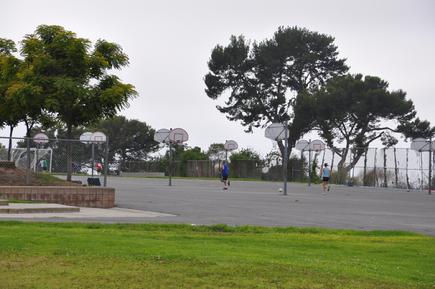 The first round continued. Tom and Whitney Liehr can be seen crossing the basketball court. The Spielmans (in red and green) are ahead of them closing on the goal. 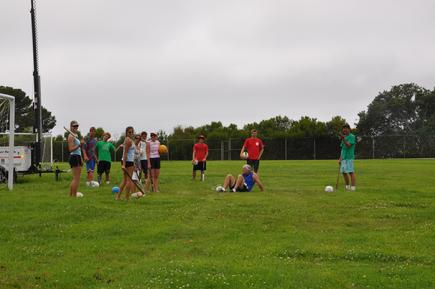 The group took a break after the first round and discussed their strategies for Round 2. 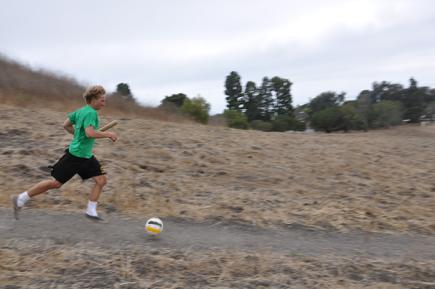 Scott, the current U18 champion, followed a roller down the big hill during the relay round. Notice that Scott carried the bat in his left hand. 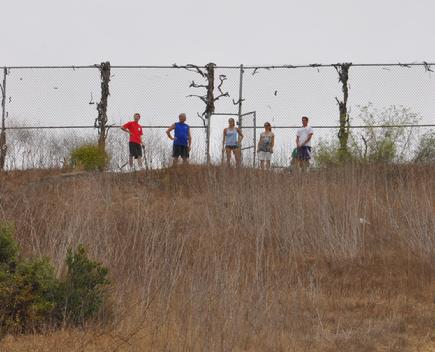 The relay round starters – Danny Spielman, Tom Liehr, Whitney Liehr, Julie Winter and Spencer – watched from above as the race finished below them. 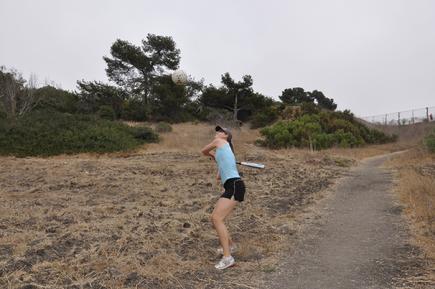 Kara moved the ball from the upper field to the lower field during the relay round.