The first Palos Verdes Open was held at the “PVIS Campus and Beyond”. The Spielmans, Liehrs, one Winter and deCiutiises participated. Casualties included Brodie the Dog, who lost a tooth from a bat and two soccer balls. Danny maintained his lead in the Men’s Division with a solid performance. The Canadian National Champion was present for his first American Theater experience. The longest canyon run in the history of the game was won by Jason and there was a considerable amount of street play in Palos Verdes Estates. Participants included John Spielman, Danny, Scott, Elisa Liehr, Mike deCiutiis, Zack, Julian deCiutiis, Tom Liehr, Jason, Whitney Liehr and Spencer. It was a large group and everyone got along well except for Elisa Liehr, who used some questionable techniques during the 5th round. 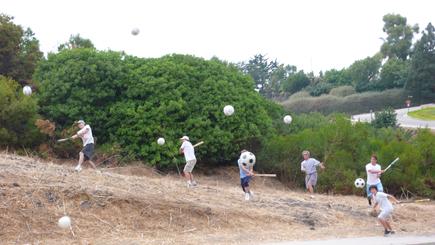 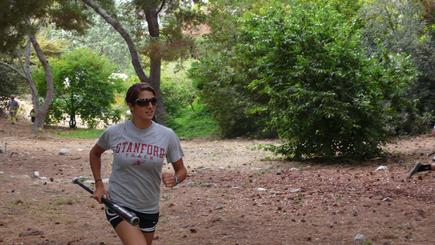 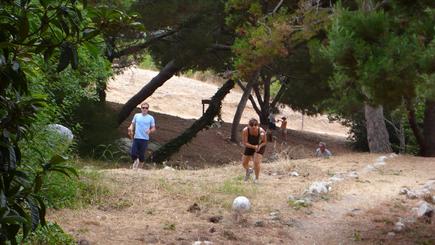 Elisa Liehr and Julian deCiutiis progress up the canyon as Danny Spielman works on getting his ball out of a tall tree. 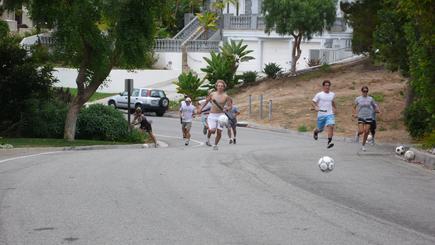 PV Open 2008, Round 5 involved some street play. Scott, the U18 champion, forgot his shirt.