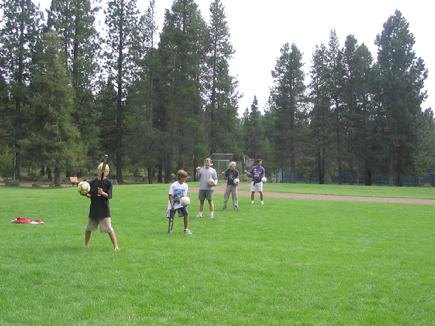 The second round of the Sunriver Oregon Game at Fort Rock Park, August 2004